Discover the heel of Italy

Ancient traditions, myths and legends are the frameworks of our guided tours, journeys rich in art, history and culture.
We are talking about the breathtaking region of Puglia, the heel of Italy. Discover its customs and hidden secrets during our Puglia tours means looking beyond every appearance and plunging into a world where history and legend blur.

Here you will find 5 surprising curiosities about Apulian culture that will leave you speechless and eager to book your next holiday with us.

1# Alberobello Trulli (a way to cheat on the king)

The cone-roofed dwellings called “Trulli” are remarkable examples of drywall (mortarless) architecture, a prehistoric technique that uses roughly worked limestone stones collected from neighboring fields. Nowadays “Trulli” have become one of the main highlights of Puglia, some have been renovated to Boutique B&B and luxury lodging and were declared UNESCO heritage sites.

But who knows exactly their story?
During the Aragonese Age, under the Naples Kingdom, these dwellings became very useful for their temporary presence in one site: these houses were easily removable, so farmers could run away from tax collectors who demanded levies upon every urban settlement. Perhaps today we will describe them as abusive real estates! 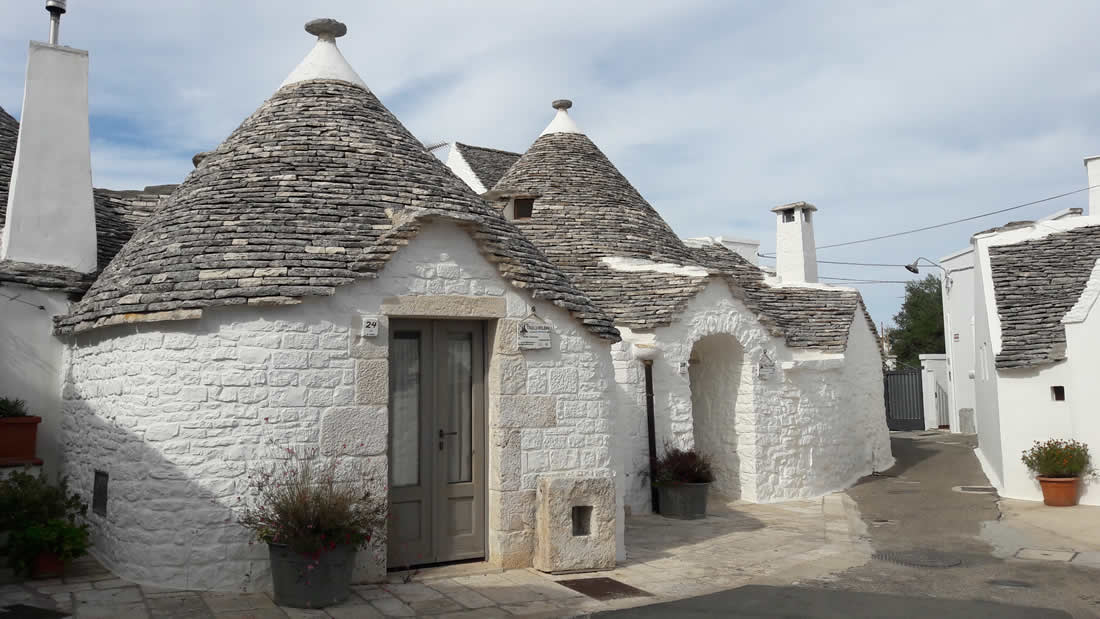 2# Ostuni (why it is called White Village)

Ostuni is a bright and charming village in Itria Valley, characterized by its whitewashed houses.
An artistic choice? No, the inhabitants of Ostuni decided to whitewash their houses in order to let them shine so that the mirrored light could dazzle the enemies coming from the sea. Also, after the wars, the village remained enveloped in this shining hue. Whitewash functioned also as a disinfecting power during famines. 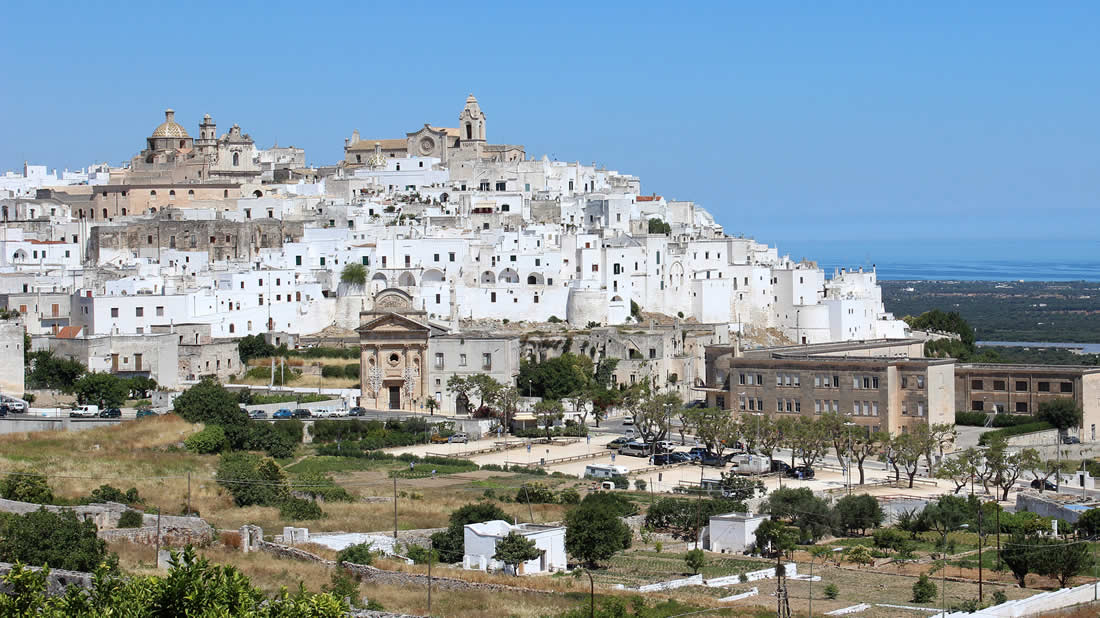 The myth tells that the Wisdom Goddess, Minerva, came to Puglia and fell in love with this sweeping and charming land, competing for the region with the Sea God Neptune. The latter decided to offer a horse as a gift in order to try to persuade the Apulian population at the time.

But Minerva decided on giving an olive tree, a way more useful gift in a region such as Puglia. The local population accepted that gift and swore faith to Minerva, to whom an ancient temple was dedicated. Legend narrated that its traces were found a couple of years ago. 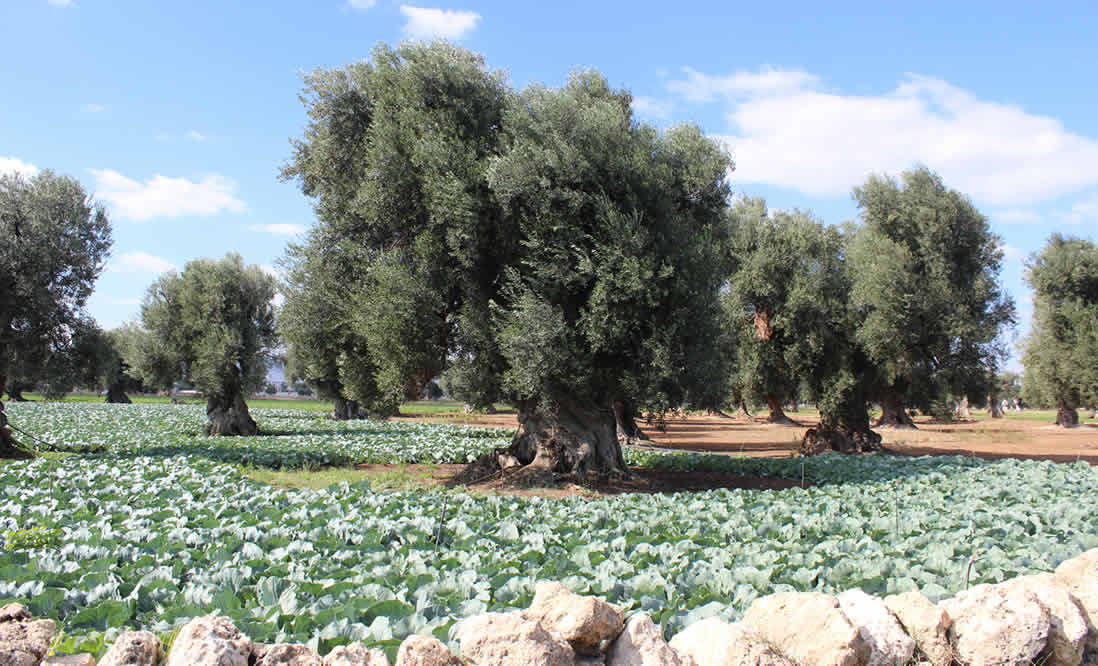 In the province of Lecce, near one of the most beloved sea destination, two stacks rises from the crystal-clear water of Salento. These two similar stacks are known as the Le Due Sorelle, The Two Sisters in English.
The name itself is already evocative, and it is explained by a local legend. The tragic drowning of two sisters off the cliffs of Torre dell’Orso set the inhabitants in a gloomy atmosphere. They say that the gods, moved by compassion, decided to save them and transform them in two big cliffs overlooking the village of Torre dell’Orso. 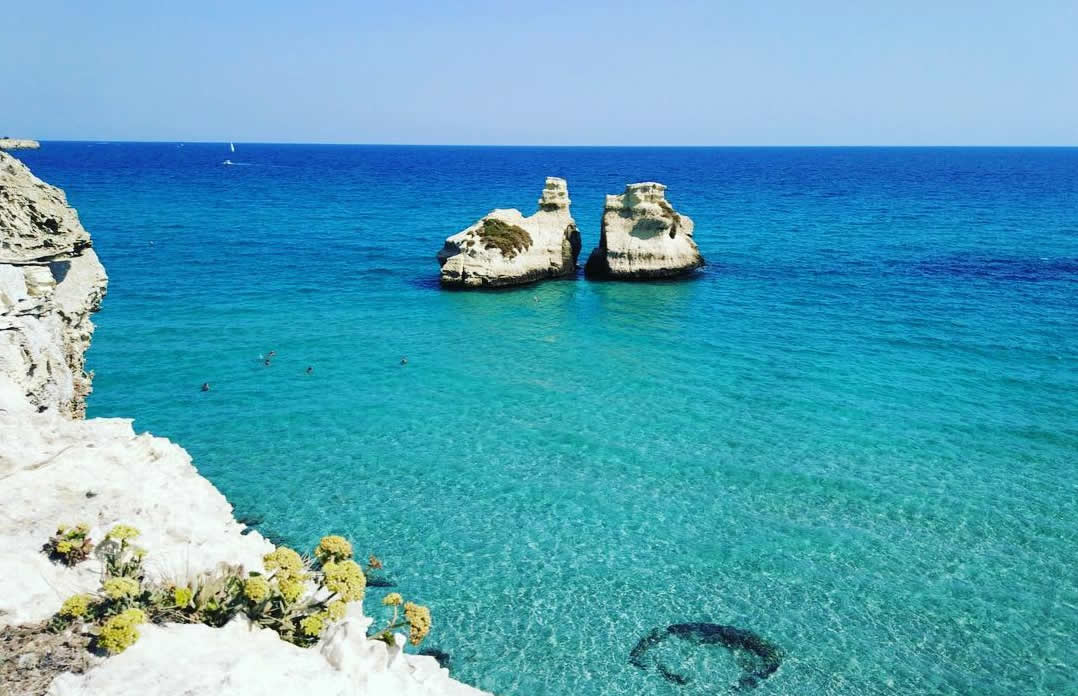 In Italy everyone knows that after having eaten spaghetti with tomato sauce, everything you need is a piece of bread to dip it in the sauce. This practice is called “scarpetta”, in English “little shoe”. It is actually a manner which was banned by the book of etiquette, but it is still widely practiced and loved, especially when you eat pasta in Puglia! Do you know its origin?

According to some people the name “scarpetta” derives from the shape that the bread while holding it in the hand and that as a shoe that collects everything in streets, the bread does the same in the plate. Others say that it reminds them of the word “scarsetta” in Apulian dialect, which means poverty, because this practice was widely used by the farmers to fill their bellies, being aware that another meal was not expected to be soon.

Discover these and other traditions with our Puglia tours and feel in the sense of history and legends which thrives all over Puglia!